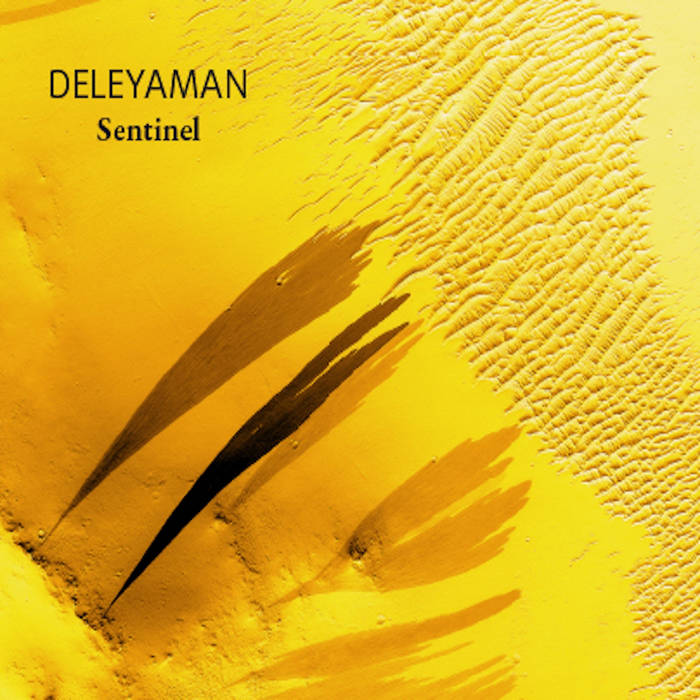 An album remains an essential format for Deleyaman. A long, necessary time, a path that must be taken. From the mists of "Exil", with its hypnotic and beaded soul of clear guitars, to the clear obscure mood of "Slaves", throughout the ten paintings, "Sentinel" toils the conviction that the beauty of dawn is born first from the night, that a ray of sunshine is never more beautiful than when it pierces through the clouds, just after the rain.
It is not a question of contrasts, but rather of connections. Their search for relations between all things. A music that places a glimmer of hope in the heart of nostalgia and whose soothing sweetness comes from the acceptance of melancholy. The sparse touches of piano and guitars open a space for textures that intertwine and connect. The rhythms inhabit the calmness; to the love of the pictorial and landscapes answer the echo of profound human emotions. Led by the voices of Aret and Beatrice, working the shadows and the light, alongside Gerard's ancient wind instrument the duduk and a newcomer Guillaume Leprevost on bass, Deleyaman continue their path. Wanderers, on a peaceful road.