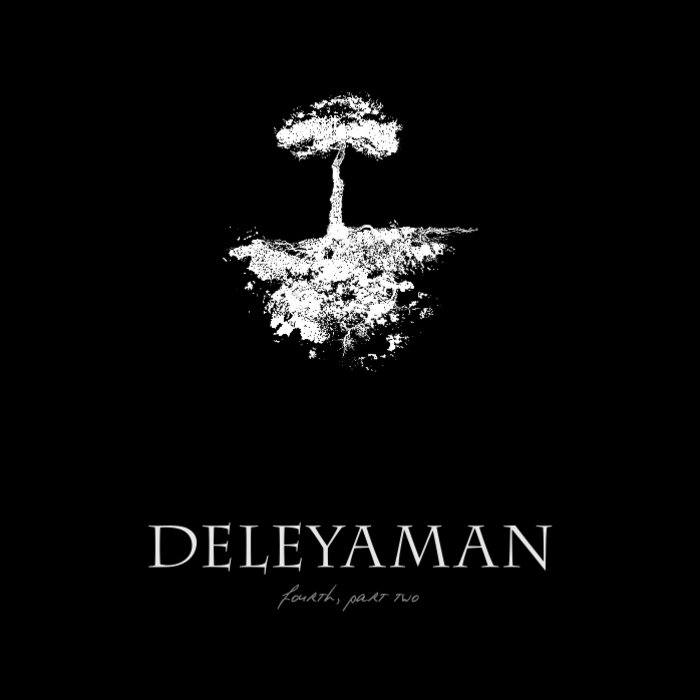 "Fourth, Part Two, the sister release to 2009’s “Fourth, Part One” sees Deleyaman incorporate a second full-time guitarist into their line-up. A new member who also brings a new dimension to this peculiar band, by adding and expanding on the elements of Post-Rock / Shoegaze which Deleyaman had already hinted at on previous recordings.
Deleyaman's singular style, which blends Darkwave and Alternative Folk into one, collects and re-invents elements of different genres into an artistic vision which feeds as much from literature as it does from ethnic-tinged experimentation, post-punk and ethereal music. “Fourth, Part Two” portrays Deleyaman as introspective as ever, with the use of poetry (which on this recording comes from the works of Edna St-Vincent Millay, Karl Shapiro, Ralph W. Emerson, Sidney Lanier among others) taking on a prominent role, as the voices of Beatrice and Aret weave closely into the music to provide each word with its appropriate setting and mood. Presented in Digipak format, with a 20-page booklet." ...Equilibrium Music

Words of Three Islands, September Song and one verse on North Winds taken from the poem Renascence © 1912, 1940 by Edna St-Vincent Millay.

Words of Let the Wind Blow from the poem Nostalgia by Karl Shapiro, by permission of Harold Ober Associates.

Words of Brahma taken from the poem Brahma by Ralph Waldo Emerson.

Words of Sweet Space partially taken and arranged from the poem The Marshes of Glynn by Sidney Lanier.

Words of North Winds partially taken and arranged from the poem The Snowstorm by Ralph Waldo Emerson.

First verse from the poem Spring is like a perhaps hand by E.E. Cummings.

All graphic design & all photographs by Nils Valdes
©2011 nilsvaldes